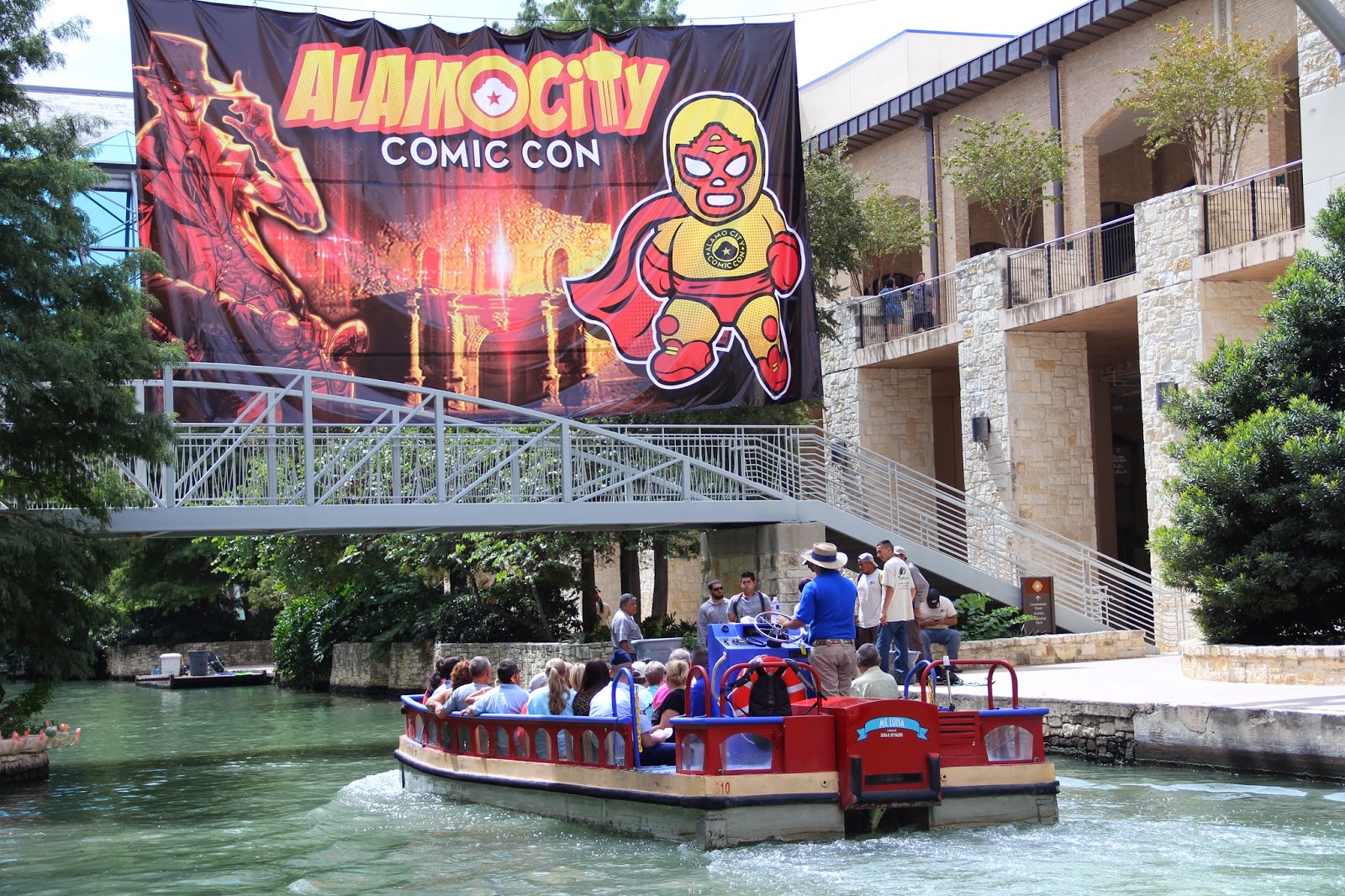 Bigger is not always definitely better, sequels sometimes let us down, and on numerous occasions, long waits are not worth it. However, in it’s sophomore year as the largest comic and pop culture convention in Texas, the Alamo City Comic Con has proven that South Texas can handle some of the biggest names in entertainment and comics.

The venue, the Henry B. Gonzalez Convention Center, didn’t change from the first year, but there was more space than ever in what felt like the entire building. Massive sections were quartered off and nicknamed “Artist Alley”, Alamo City Starganza, and Red Bull Gaming Lounge. Not to mention the sites for dozens of panels at the Lila Cockrill Theatre and multiple halls. Expectations were higher this time around, the city and quite honestly the media, yours truly included, were pleasantly surprised last year when 35,000 attendees crammed inside, shoulder to shoulder marching with lines that stretched for 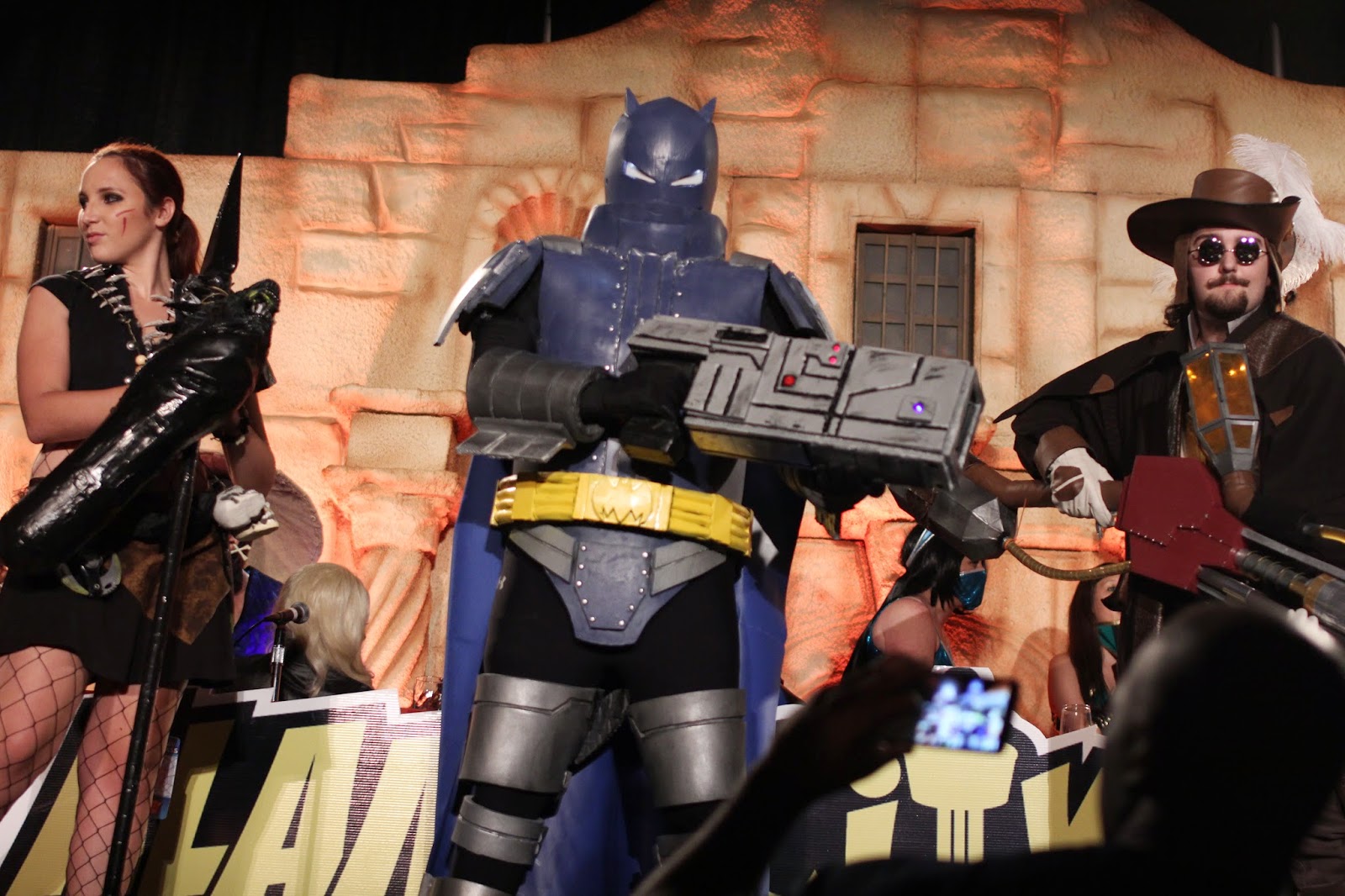 blocks. This year, the effort was in the planning. Even with the larger crowds, the comic con had ample room for people to move and clear directions were posted. No longer were there jumbled bunches of volunteers examining maps they had received minutes earlier. There was a staff, police, and what seemed like hundreds of friendly faces willing to help every attendee.

But enough about the logistics, there were obviously going to be improvement, and space was going to open up. What really consistently impressed me about every aspect of the convention was the clear appreciation that every guest had to his or her loyal fans. From pop culture legends to independent comic book artists, there was a sense of gratitude and over all excitement. I spoke with first timers who were blown away, almost in shock from the spectacle of it all, to “professional” attendees of multiple conventions who added Alamo City to their tours.

Walking amongst the plethora of artist booths I found it a challenge to refrain from buying original paintings or sketches from just about everyone I met. There were artists from both DC and Marvel, not to mention the hundreds of talented people who were
presenting their own personal works. Legends like Batman artist, Neil Adamas, Marvel Zombie artist Arthur Suydam, and New Avengers artist David Finch set up shop right next

to locals and unknowns, a mixing of talent, potential and realized.

Right next door were hundreds of rare and unique prop shops. Replica swords, hard to find video games, and the granddaddy of them all, world famous company “Sideshow Collectables” with incredible displays in heavy glass boxes. Here you could find that Gameboy cartridge you hadn’t seen since childhood, or that one sword you loved from Lord of the Rings. Here, entire savings accounts were emptied to appease the appetites of pop culture junkies.

Of course, one of the main draws of every Comic Con, are those human beings that sit on pedestals just a little higher than ours, the celebrities. Some of the guests of honor were faces you wouldn’t recognize but voices that you couldn’t forget. Respected voice actors from Teenage Mutant Ninja Turtles, Transformers, and even the Metal Gear Solid video games, held panels and met with their fans. TV stars past and present graced the con with their presence. Most notable, a slew of the original power rangers, some of the crew from Star Trek, geek show stars of The Comic Book Men, and fan favorites, dead and undead actors from TV’s biggest show, The Walking Dead, just to name some.

As the weekend continued, thousands flooded into the walking areas to gaze and admire works of art or wait in line to meet the celebrities. A select group camped outside of 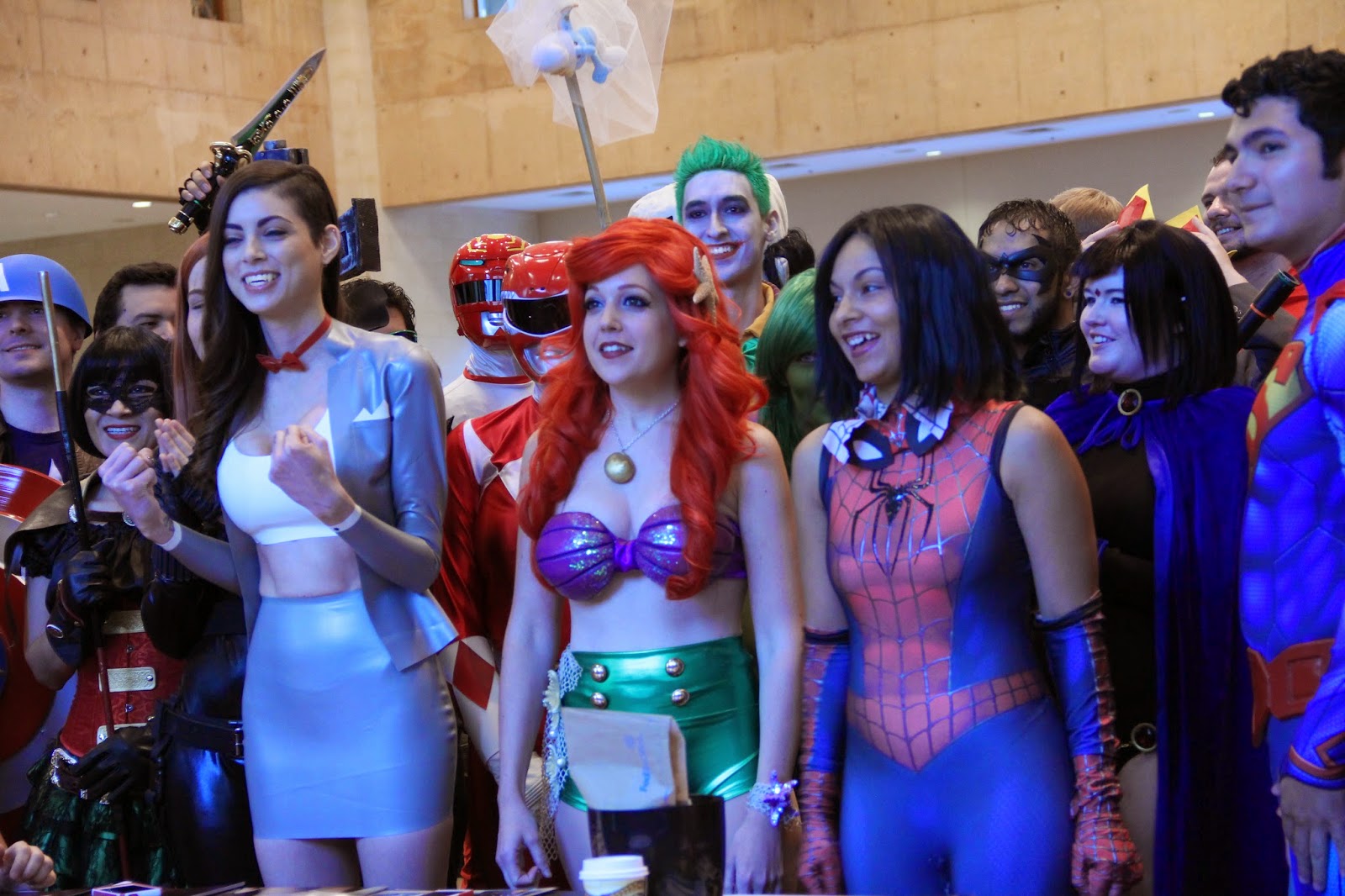 the Halls or the Lila Cockrill Theatre, hoping to get into what would be incredibly interesting panels. Some were retrospectives of the past, recalling fun pranks on the set of Power Rangers, reminiscing of the golden age of horror with Freddy Krueger (Robert Englund), Mike Myers (Nick Castle), Jason (Ken Kirzinger) and Exorcist star Linda Blair, or hearing about the start of Teenage Mutant Ninja Turtles from the creator himself, Kevin Eastman. There was also a nod to Chicano film royalty as the cast of La Bamba danced onto to stage for the first time since the film premiered in 1987. Others proved more future focused, actual bits of information that only the people in the rooms would hear for the first time.

The guest of honor, comic book god, Stan Lee, 91, still spry and cracking jokes, graced the packed auditorium on Saturday morning to answer some questions from loyal followers. He reiterated his love for Spidey, arguably the first blockbuster hit for him, and also gave updates on the future of his intellectual empire. Lee spoke of a Hispanic superhero that he 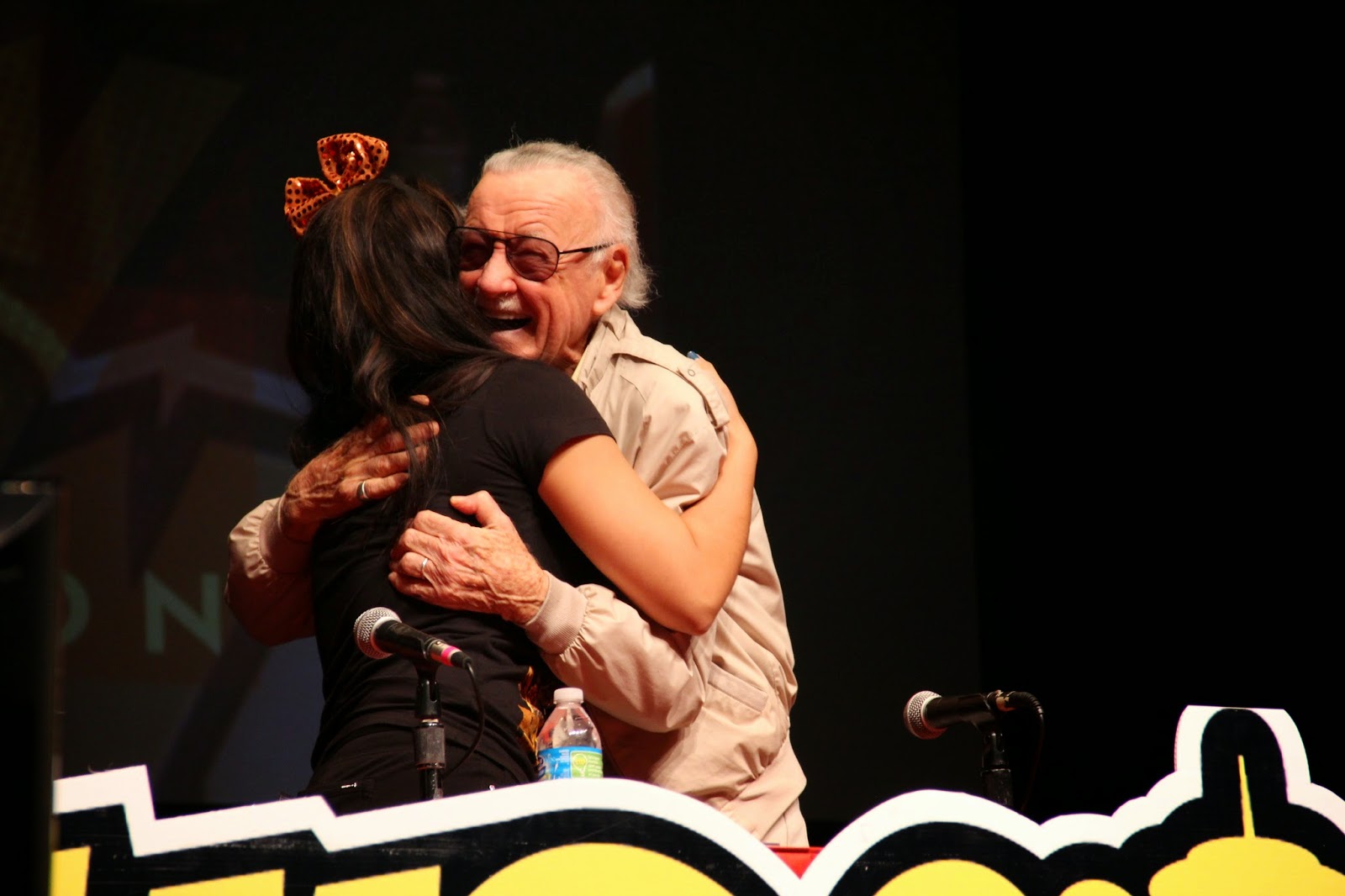 has in the works for release soon, as well as giving support to the female heroes that Marvel has recently re-released. Lee also gave a hint to his cameo in the upcoming Avengers 2 film calling it, “…his funniest role yet. Giving [him] the chance to really stretch his acting chops.” The time with the father of almost every great Marvel hero was too short as soon his arms reached for the skies as he proclaimed his famous line “excelsior!” to the masses standing and applauding him.

There were other memorable moments from the panels throughout the weekend. Internet superstar, George Takai told a unique story about getting sick on a plane and shed light on some feuds with other Star Trek alumni… (Captain Kirk wink wink). One of the power rangers celebrated a birthday on the final day and was surprised when a comic con staffer brought a couple of cakes on stage and the crowd sang to her a song that is 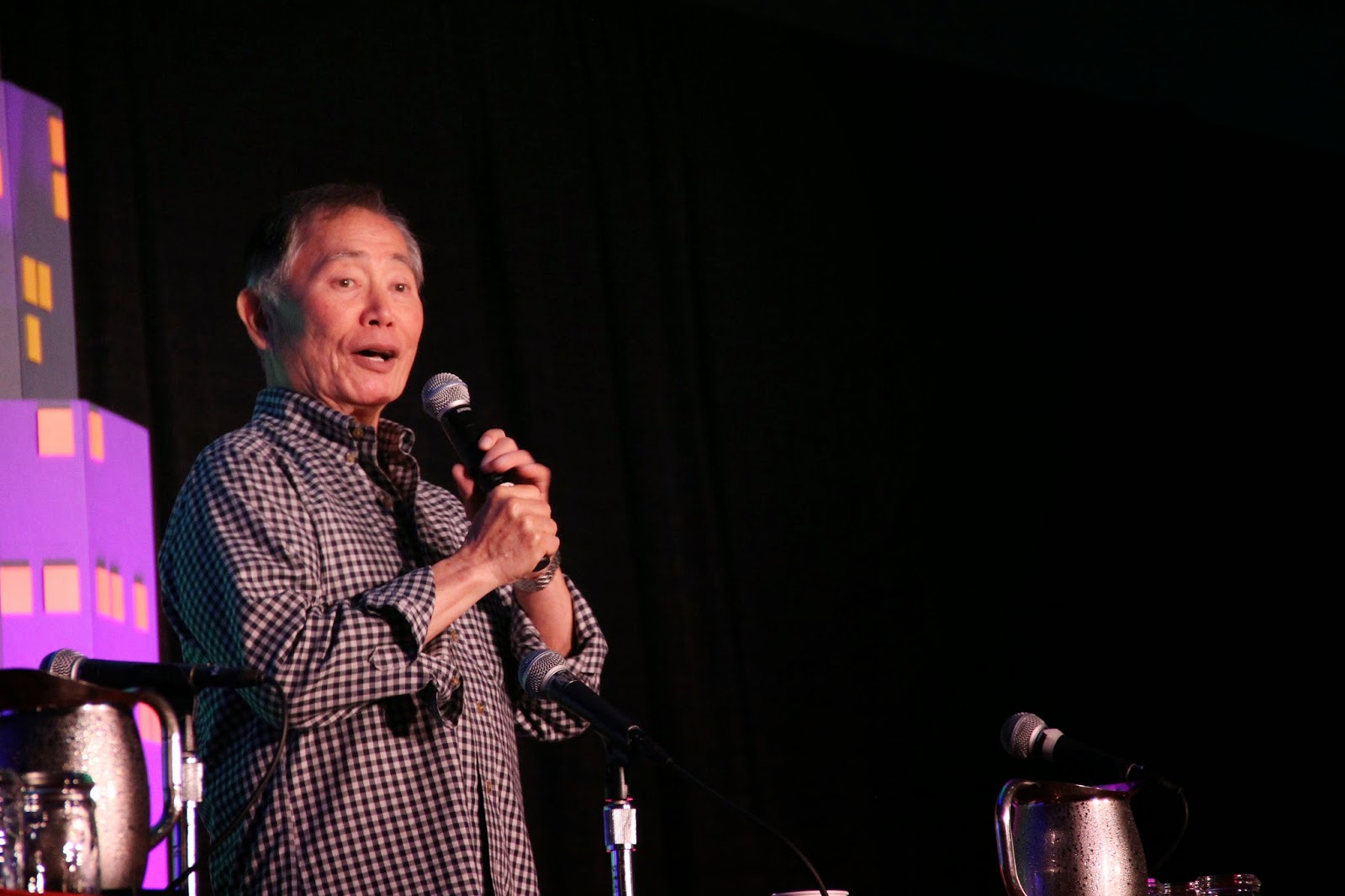 copyrighted and therefor cannot be shared without paying a penalty (Happy Birthday©). Another surprise guest showed up one day in disguise, walking the floor before unveiling himself to be the 3 point champion, Matt Bonner, from the San Antonio Spurs who revved the crowd up before signing comic book covers featuring his alter ego, “The Red Mamba”.

Overall, a fantastic event grew in size and in stature in only its second year. The Alamo City Comic Con has proven itself a premiere pop culture feat not just for Texas, but also for the United States. While total attendance is still being calculated, there is no surprise that the majority of guests and attendees have already circled in their calendars, fall of next year, when the show comes into town once more. (Written by Emmanuel Delfin; Photos by John Casares) 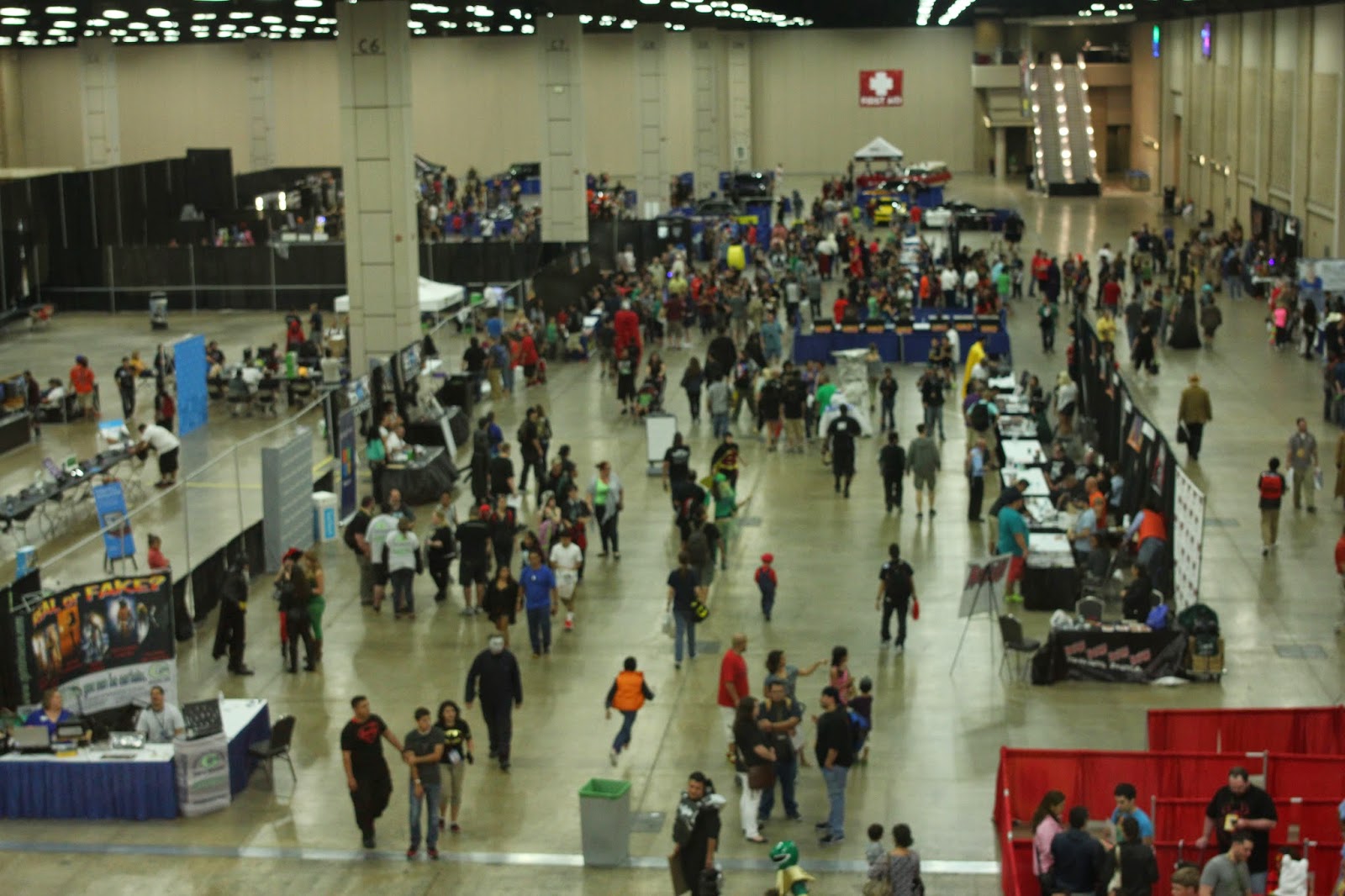