Staff Writer
VON ORMY-Zombies sightings will be common in Von Ormy over the next few days, as the newly formed Von Ormy Film Commission shoots a live action short film.

After a month of planning and pre-production, cameras have started rolling at the Alamo River RV Ranch Resort for three days. This film will mark the first of many to be shot in the small city thanks to the newly formed Von Ormy Film Commission. Three members of the crew are residents of Von Ormy, and are excited to start on the project. 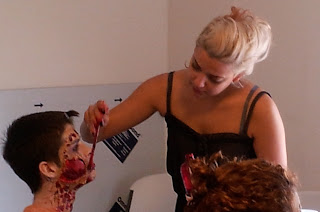 Writer/Director Emmanuel Delfin, and Producers Brian Ramirez and Andrew Casares each call Von Ormy home, and are founding members of the Von Ormy Film Commission. “When you think of this city, and about how unique it is, you can see the incredible potential it has to be a major film hub,” says Ramirez.
The production team decided to shoot their film in Von Ormy, after touring the city’s Alamo River RV Ranch Resort. “We were excited to see how untouched the river was, and were inspired to work here close to home,” says Ramirez.
The film, which currently has no title, will follow the story of a lead character who arrives in the city.  However, his routine trip is interrupted by a zombie virus outbreak that has him fighting for his life in Von Ormy’s pristine Medina River bottom. 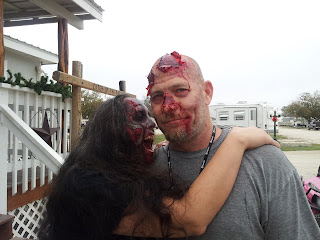 That is all of the plot that the Von Ormy Star is allowed to release at this time, but we have confirmed with the film’s producers that the film’s on-screen setting will be Von Ormy, Texas.
As the basic story suggests, there will be a large amount of make-up and special effects, something that the filmmakers do not shy away from. “Even though we have a small budget, even though this isn’t a Hollywood movie, we can get very realistic looking zombies to do some realistic looking things,” Ramirez explains. “The best effects are the ones people do not notice, and we can get this movie to where it needs to be.”
As for the city, Mayor Art Martinez de Vara is excited to see how the project turns out. “I believe this is just the beginning of our city’s impact on the film industry and the arts,” he says. Von Ormy has beautiful natural landscapes, picturesque rural views and suburban neighborhoods—a great combination for filmmakers.” 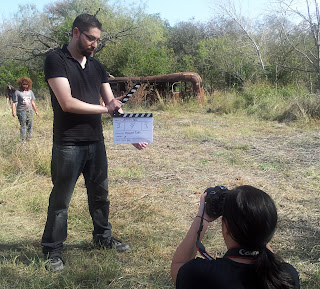 The Von Ormy Film Commission, is a non-profit organization that helps facilitate the development of a local film industry.  For this project it is assisting in locating set locations, local venders and will assist on film promotion. In doing so it promotes the arts, local talent, local businesses and the city of Von Ormy as a viable location for future film projects.
“This first project is a collaboration of our local talent who came together to help develop a film industry here, the directors are from Von Ormy, producers are from Von Ormy, most of the talent on this production are attending film school, the extras are locals,” explained R.C. Rondero de Mosier, a Film Commission board member. 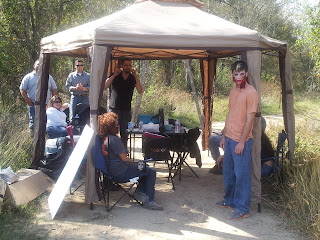 As the Von Ormy Film Commission moves forward with this first project, the team is already looking ahead to the next film. Producer Brian Ramirez announces, “This is film one. We are already in pre-production for a couple more in different genres. I thnk that this week is a great first step for the city to get its name on the radar of more producers and filmmakers.” 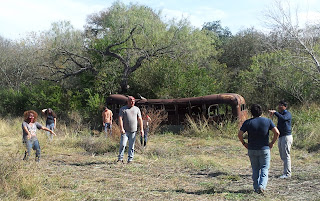 Producers expect the film to be released at several upcoming film festivals.  The Von Ormy Star will report on the film’s premier and DVD release when they occur.