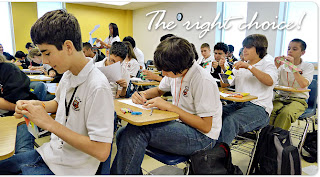 The Board of the Brooks Academy of Science and Engineering has submitted an expansion amendment to the Texas Education Agency (TEA).  If approved by the TEA, authorization will be given to open a K-5 open-enrollment charter school in Von Ormy in the Fall of 2013, and eventually expand to a K-8 by adding one grade level each year thereafter.   TEA approval is expected in April of 2013.
The economic impact of a new school would be significant for the city.  When fully operational, the school will staff between 35 to 40 employees and bring over two hundred families into the city daily.
In order to open in the Fall of 2013, the Board plans to operate the school in temporary buildings its first academic year while constructing a 42,000 square foot school building at an approximate cost of $6.5-$7 million dollars.
A statement released by the Board of Brooks Academy stated, “Representatives of the Charter school located at Brooks City-Base on San Antonio’s Southeast side of town have been exploring site options in the Southwest side of Bexar County in consultation with the Mayor of Von Ormy, Art Martinez de Vara. ‘We are considering opening a school in Von Ormy because of the demonstrated need in the area.  Parents are clearly looking for alternatives to traditional ISD schools in the area.  There is a dearth of private schools in the area as well.  The unmet need is great’ said Carlos Resendez, a board member of the Brooks Academy of Science and Engineering.  ‘The type of curriculum offerings that we provide would go far in supporting the Eagle Ford Shale growth that the Von Ormy area is experiencing.  As a school focused on Science and Engineering, employers such as Schlumberger and others need skilled workers that have a good grasp of science, math and engineering skills that we provide for our students’ said George Ozuna, a Hydrologist with the US Geological Survey and a board member of the Brooks Academy of Science and Engineering.”
The statement further stated, “Brooks Academy representatives are very supportive of the vision that Mayor Art Martinez de Vara  and the City of Von Ormy have outlined for their community.  A centerpiece of their plan is to provide excellent public school choices for residents of the area.  ‘We have been working to help make this vision a reality for over a year” said Ixchell Gonzalez, the Superintendent/Principal of  Brooks Academy. ‘Von Ormy under the leadership of Mayor Martinez de Vara has been quite progressive in its thinking and in looking at ways to bring more and better public services and infrastructure to his community.’”
“Students from Somerset, Lytle, Atascosa, La Coste and other nearby areas will also be able to attend this school. When this becomes a reality it will be a wonderful example of the Von Ormy vision coming to life,” said Gonzalez
The Texas Charter Schools Association explains on its website that “open-enrollment charter schools are free public schools that have the flexibility to adapt to the educational needs of individual students. Open-enrollment charter schools vary in mission and model, serving a wide range of students, many with needs beyond the one-size-fits-all traditional public school. Often, these charter schools provide a personalized learning environment that promotes greater student achievement. Although charter schools have some autonomy, they still must meet the rigorous academic standards dictated by the state for all public schools.
On charter campuses, school leaders are permitted more freedom in managing their school, allowing them to respond in the best interest of both parents and students. Teachers at charter schools are encouraged to structure lessons to the specific needs of their students. Some charter schools even provide curriculum that specializes in a certain field such as the arts, mathematics or science. Others provide a more efficient, general education based on the educational model set forth in the charter.”
A Brooks Academy campus in Von Ormy will provide a college prep environment including school uniforms and “safe learning environment for your child with zero tolerance and progressive disciplinary policies, secure campus and facilities plus parental supported behavioral procedures. Our diverse faculty is dedicated to a student mentoring program which encourages self-motivation for educational growth at an individual pace and a purposeful atmosphere suited for college preparation.”
Both charter and traditional public school students in Texas take the State of Texas Assessments of Academic Readiness (STAAR) tests.
The new school would not increase taxes and would be a free public school available to all areas students.  Charter schools receive state funds based on the average daily attendance of students (same as traditional public schools); however, they do not receive funds from local tax revenue.