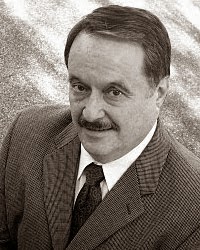 By Steve Walker
At the age when most teenage girls are thinking of dating and impressing boys, 13-year-old Lauren Nicole is impressing professional designers of women’s clothing.
The 8th grade student at Providence Middle School in San Antonio appears to be well on her way to a successful career in the field as she is gearing up to attend a week long fashion seminar this summer at the prestigious Parsons Design School New York in New York City. Attendance is by invitation only.
She is already making a name for herself. Last summer at the age of 12, she attended a week long seminar at LIM College, also in New York City that is touted as promoting the business of fashion in a fast paced field offering hundreds of career options. New York City is considered one of the fashion capitals of the world.
To be accepted at LIM she had to apply on line and first write a paragraph as to why the school should select her for the fashion camp based on her interest in fashion. The second step was to present a visual which in her case was her blog called Glamchicandsassy.com (now Lauren-Nicole.com) which she started this past year. The third criteria required for her acceptance, was her living somewhere in the South and the fourth and final criteria being between the ages of 12 and 18. As it happens she was the youngest selectee to attend the seminar.
More exciting about her attendance at LIM College is the fact 3,300 hopefuls, applied and only three hundred girls were accepted from around the county. During the week long seminar the instructors focused on fashion, retail and design.
During the design and fashion portion of the seminar Lauren learned how to make dress patterns and sketch designs. During the retail section she learned how to advertise and become a good salesperson in selling her creations.
While Lauren attended the LIM College she spent some time with the Executive Vice President of “Coach” (specializing in accessories and purses) and three nationally known designers, Lisa Perry, Tommy Bahama and Stan Edelman. During her stay she was teamed up with four other students to work on a project inspiration board which was judged by a Coach Executive. From that experience Lauren was offered a chance to return this summer as an intern for two weeks for Coach.
In October, Lauren also met with New York Designer Marisol DeLuna and collaborated with her in facilitating in getting five Girl Scouts from San Antonio to help design a paper dress as a commemorative design for Girl Scouts to be presented in an Avant Guard Fashion Show at a later time. DeLuna designs scarf’s for Girl Scouts.
When questioned on when she decided to pursue a career in fashion, Lauren points out that it wasn’t until March of last year that she realized “this is something I definitely can do.”
She explains her love of fashion however began when she was only nine years old but it wasn’t until she was 12 that she got “really serious about it.”
Lauren says at some point while shopping in a store with her mother she looked around and thought to herself, “Wouldn’t it be nice to actually own my own stores with designs that I created myself?”
Within the last six months the teenage phenomenon has designed eleven pieces to include three prom dresses, one bikini swim suit, two summer dresses and five summer outfits to include skirts and shirts. She favors bright colors to include yellow and neon to contrast with lace.
She laughingly says she is currently getting requests from girls of all ages and even a mother to critique their clothing and even go shopping with them to help pick out their wardrobe.
It appears Lauren Nicole is on her way to a long successful career in clothes design at a very early age.