AN ENCOUNTER WITH PRESIDENT RONALD REAGAN 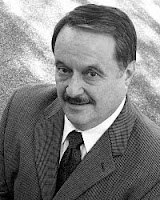 In 1981 I was privileged to serve as the President of the San Antonio Junior Chamber of Commerce commonly referred to as the San Antonio Jaycees. Our chapter at the time was the fourth largest chapter in the United States. Some years later it became the largest in the country.
The SA Jaycees was a non-profit organization that sponsored events such as the Orphan’s Shopping Tour at Christmas to get them clothes etc. for the holidays. For many years the chapter also sponsored a Fiesta event call La Semana Alegre that brought in big name entertainers. Monies raised were used for children and those in need during the year.
That year as president was an exciting year to say the least. It was the year I spoke at the first Martin Luther King Jr. celebration in front of his statue on New Braunfels Avenue.
It was also the year our chapter hosted the National Jaycee Convention that attracted over 10-thousand delegates from all fifty states to the Alamo City. It was a madhouse I can tell you. Our master of ceremonies for that convention was the dramatic actor Kevin McCarthy.
We also hosted comedian and actor Danny Thomas who not only had a weekly syndicated comedy show on TV called, “Make Room for Daddy,” but he was instrumental in fundraising for St. Jude’s Children’s Hospital by hosting a national telethon. He served as the hospital’s national spokesman for many years.
Our keynote speaker was none other than President Ronald Reagan! It was his first major speech after the John Hinckley assassination attempt on his life. Needless to say San Antonio was excited to host the President. When he spoke for nearly 40 minutes he received nearly 20 ovations. The Convention Center was rocking!
Just before he crossed the stage to the podium to a thunderous roar, I was privileged to be interviewed by News 4 WOAI which at the time was still called KMOL. I was maybe 10 to 15 feet away from the stage when I was interviewed.
Although my interview was cut short as he strode to the podium, I was allowed to stand where I was interviewed and I was given a copy of his speech which I followed along as he addressed the ecstatic crowd. When he looked at me, he nodded and began his speech. I was overwhelmed to be standing that close to the President.
Like all presidents, he read off a teleprompter. I held the copy of his speech in my hand. As I meticulously followed his speaking with the printed word in front of me, at one point he went off script. I looked up startled and held my index finger at the point where he stopped and began to ad lib for the next five minutes.
He shared humorous anecdotes and other stories. Much to my surprise when he finished his off the cuff remarks, he transitioned back to his teleprompter and continued on as if it had all been scripted! He was impressive.
As a former Judge I proudly displayed President Reagan’s portrait in my courtroom alongside President Barack Obama.
It was a day I won’t forget.

Steve Walker is a Vietnam Veteran, former Journalist and Justice of the Peace.