VON ORMY-- A petition has been filed by 27 Von Ormy voters requesting a recount of the November 3 "Type C" Special Election.  The petition will trigger a recount of the electronic voting machines by the Bexar County Elections Department.  Following the outcome of the recount the Von Ormy City Commission will re-canvass the election.   A detailed overview of the recount process can be found on the Texas Secretary of State's website here:  http://www.sos.state.tx.us/elections/laws/recounts.shtml 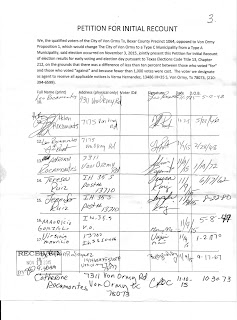 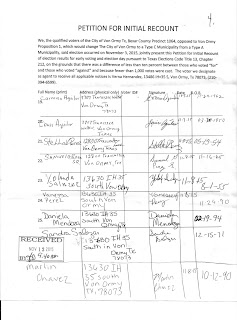 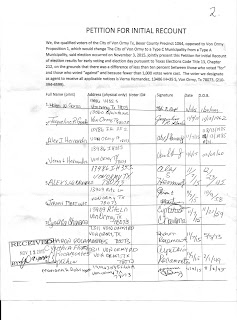